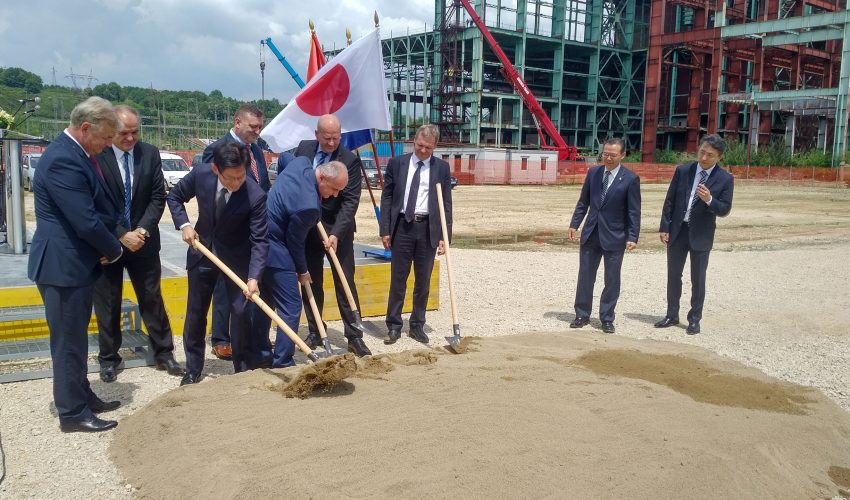 On 15 May 2017, there were major official celebrations when the groundbreaking ceremony took place for expansion of the flue gas desulphurisation plant (FGD) at the lignite-fired power plant Ugljevik in the Republic of Srpska in Bosnia and Herzegovina. The plant with an output of 300 megawatt will be built by Mitsubishi Hitachi Power Systems, Ltd. (MHPS) and the Slovenian company RUDIS d.o.o. The environmental project is financed through an ODA loan from the Japan International Cooperation Agency (JICA) – the world’s largest company for bilateral development cooperation. This flue gas desulphurisation project is the first retrofit of a coal-fired power plant in the Western Balkans to reduce sulphur dioxides and particulate matter in the atmosphere.

Numerous representatives from politics, business and diplomacy from home and abroad attended the ceremony. Among the prestigious guests were Petar Đokić (Minister for Industry, Energy and Mining of the Republic of Srpska), Kazuja Ogawa (Japan’s ambassador in Bosnia and Herzegovina), Borislav Marić (Bosnia and Herzegovina’s ambassador in Tokyo) as well as a large number of important senior figures from ministries and public authorities. As general representative of Mitsubishi Hitachi Power Systems Europe GmbH (MHPSE) for Bosnia and Herzegovina, the management of ACTIV Project Management GmbH also took part.

We use cookies on our website to give you the most relevant experience by remembering your preferences and repeat visits. By clicking “Accept All”, you consent to the use of ALL the cookies. However, you may visit "Cookie Settings" to provide a controlled consent.
Cookie Settings Accept AllReject All
Revisit consent

This website uses cookies to improve your experience while you navigate through the website. Out of these, the cookies that are categorized as necessary are stored on your browser as they are essential for the working of basic functionalities of the website. We also use third-party cookies that help us analyze and understand how you use this website. These cookies will be stored in your browser only with your consent. You also have the option to opt-out of these cookies. But opting out of some of these cookies may affect your browsing experience.
Necessary Always Enabled
Necessary cookies are absolutely essential for the website to function properly. These cookies ensure basic functionalities and security features of the website, anonymously.
Functional
Functional cookies help to perform certain functionalities like sharing the content of the website on social media platforms, collect feedbacks, and other third-party features.
Performance
Performance cookies are used to understand and analyze the key performance indexes of the website which helps in delivering a better user experience for the visitors.
Analytics
Analytical cookies are used to understand how visitors interact with the website. These cookies help provide information on metrics the number of visitors, bounce rate, traffic source, etc.
Advertisement
Advertisement cookies are used to provide visitors with relevant ads and marketing campaigns. These cookies track visitors across websites and collect information to provide customized ads.
Others
Other uncategorized cookies are those that are being analyzed and have not been classified into a category as yet.
Save & Accept
Powered by